home Go back to home
menu Menu
Three's a Crown (Royal & Reckless #2)
By SusyQ918 Posted in Reviews on December 11, 2021 0 Comments
Previous Next 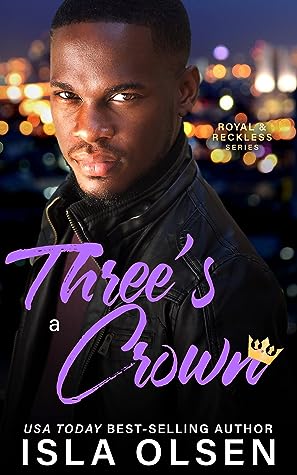 As a member of an elite private security firm, I’ve hunted killers, taken down crime rings, protected high profile figures, even helped thwart a couple terrorist attacks. But now one little mistake has seen me exiled to Siberia. Or close enough…

I’ve been assigned as a new security guard at the Royal Palace of Korova, and instead of being in the midst of all the action, where I’m most useful, I now spend my days trailing after the young prince and princess during their various lessons: horse riding, ballet, painting…the banality goes on…

There’s one silver lining: Lachlan Boyd, the palace head guard and my new boss. Smart, sexy as hell, and a Scottish accent? Yeah, I’ll take that combination, thanks.

But when the king’s younger brother, Prince Aleksandr, returns to the palace, it doesn’t take any of my investigative training to figure out there’s a history between him and Boyd. And that Aleksandr’s back with one mission: to rekindle their old romance.

I’m not entirely sure what Boyd ever saw in the guy. Aleksandr is a spoiled, immature smartass who insists on getting under my skin at every turn. He’s not even that attractive. Or, maybe he is, but only if bratty twinks are your thing. And they’re not mine. At all…

If he’s my competition for Boyd’s affections, I’ve got this in the bag.

Three’s a Crown is a poly romance with three gorgeous guys and a happily ever after.