home Go back to home
menu Menu
Hired: Hadley (The Foster Brothers #2)
By SusyQ918 Posted in Reviews on August 20, 2022 0 Comments
Previous Next 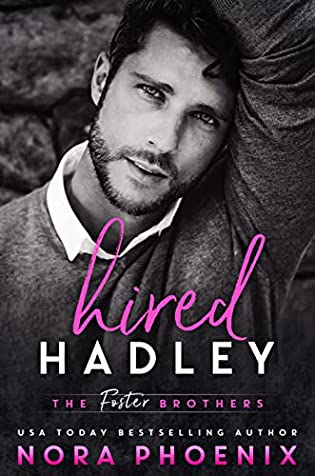 Sebastian LeClerc is richer than Midas. He’s also a grumpy a**hole, a playboy, and the world’s worst boss. At least, according to Hadley, who was crazy enough to take the job as Sebastian’s PA.
Big mistake. Huge.
Sebastian may look like Richard Gere and be equally charming in public, but it’s all an act. Hadley should know, as he’s one of the few people who gets to see the real Sebastian.
Except Sebastian does seem to appreciate Hadley, calling him his sunshine. And when something nice comes out of his mouth on occasion, Hadley’s heart is all aflutter.
Oh no.It can’t be.Has Hadley fallen for his boss?
Hired is the second book in The Foster Brother series, a contemporary MM romance series about four men who chose to be brothers that can be read as stand alones. It has a grumpy billionaire boss, a sunshiney assistant, falling for the boss, a sweet guy who soaks up praise like a dying plant, and some delicious spanking.