home Go back to home
menu Menu
Disciplinary Action
By SusyQ918 Posted in Reviews on February 23, 2022 0 Comments
Previous Next 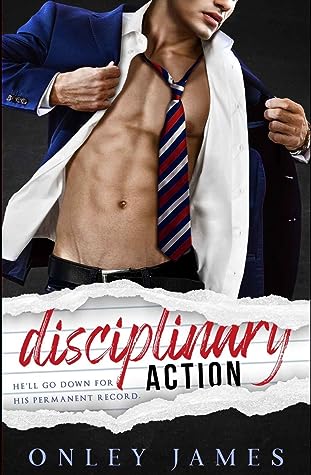 Description:
LEOPOLD GIDEON spent his childhood as the poor kid in a rich school until he met an older man who took him under his wing and into his bed, teaching him to not only survive but thrive among the elite and to never submit to anybody…except him. For fifteen years, Gideon had everything, but then tragedy strikes, leaving him alone once again.

CALLUM WHYTE was raised with every conceivable luxury but one: loving parents. When his father is indicted for federal crimes and his assets frozen, Cal has to learn to survive with nothing. When a friend offers him money to spend the night with the hot older man they all call Daddy, Cal has no choice but to say yes or literally risk going without medication he needs to stay alive.

One night with Daddy Gideon leaves Cal’s head spinning and his body longing for something he never thought he’d want: discipline. Too bad Gideon never plays with the same boy twice, not even ones who beg as sweetly as Cal.

Just when Cal thinks all hope is lost, he discovers Gideon is the new headmaster for his school, leading him to devise a plan to get what he wants by blackmailing the older man into spending the next six weeks with him. But Cal is about to learn it doesn’t pay to blackmail someone who doles out his punishments.

Will this battle of wills end in a ceasefire or heartbreak?