home Go back to home
menu Menu
Safe (Veterans of Callenburg #1)
By SusyQ918 Posted in Reviews on January 10, 2022 0 Comments
Previous Next 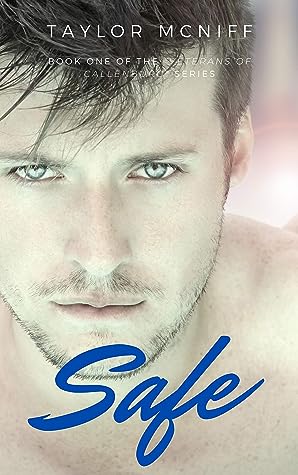 Description:
A sex trafficking victim and a police officer walk into a gas station… it sounds like a sick joke.

Or maybe, just maybe, it’ll be the best thing to ever happen to them.

Huxley “Huck” Scott just wants a damn cup of coffee. He has too much to deal with already between his demotion to patrol officer, his struggle with his sobriety, and his lingering survivor’s guilt. The last thing he needs is another complication. And a complication is exactly what Olly will be.

Oliver “Olly” Bradford just wants his ride to hurry the hell up. He has too much to deal with already between the man who he once loved now selling his body without his permission, the latest beating from a not so friendly “client,” and the ever-present fear that tomorrow will be the day he dies. The last thing he needs is another complication. And a complication is exactly what Huck will be.

When their two worlds collide at the all-hour gas station in town, nothing is safe anymore.

After a brutal assault, Olly is placed under police protection in Huck’s own house. Olly works with Huck and the authoritites to try and take down the men who have ruined his life. There are lives on the line, one of them the man Olly considers his brother. Huck is trying desperately to rebuild his career. Olly is trying desperately to rebuild himself.

Love is the last thing that should be on their minds.

Except, both of them have finally figured out how to feel safe again, and that’s a hard thing to let go.

Content Warning: This book contains scenes that some might find triggering and/or disturbing, as well as explicit sex scenes between the main characters (Huck/Olly). This book deals with heavy topics including, but not limited to, sexual assault of minors and adults, forced prostitution, and physical violence. Some scenes containing sexual assault are depicted in graphic detail.

None of the dark material in this novel is glossed over, as I believe it is important to Olly and all other survivors that their stories, no matter how uncomfortable, be heard. Please be prepared and practice self-care when reading Olly’s story.

** there is no violence between the main characters

This book is the first in a series of 3. It is the end of Huck and Olly’s story, and can be read as a standalone as far as their romance is concerned. The underlying plot of the novel will be continued in books 2 and 3 with other romantic relationships. The ending of the series is a HEA.