home Go back to home
menu Menu
Charles (Learning to Love, #1)
By SusyQ918 Posted in Reviews on January 27, 2022 0 Comments
Previous Next 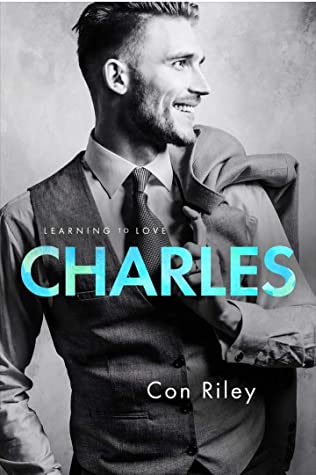 Description:
Opposites attract in this low-angst romance filled with British snark and humour.

Life should be a breeze for a playboy like Charles Heppel. As the third son of an earl, he lives for the moment, partying and playing. Settling down isn’t for him. Not when London is full of beautiful men who he hasn’t one-and-done yet.

To escape his family’s nagging, Charles applies for a temp job that matches his playful skill set. A role in a Cornish classroom could be his until the summer, if Charles meets two conditions: he must move in with the headmaster’s best friend, and teach him to be happy.

Living with Hugo should be awkward. Charles is a free spirit, but Hugo’s a man of faith, with morals. A man who almost took holy orders before disaster changed his direction. Only far from being a chore, Charles finds that making Hugo happy soon becomes his passion.

Together, they share physical and emotional first times. Ones that change Charles, touching his soul. He wants Hugo for longer than they have left, but learning to love with his heart, not just his body, will take a leap of faith from Charles — in himself as well as Hugo.

New from Con Riley, Charles: Learning to Love is the first novel in a series based at Glynn Harber, a very special boarding school set in England’s glorious Cornwall.

♥ This shared-world series starts with Charles and Hugo, but each book follows a different couple in their own standalone novel, with a fulfilling happily ever after. Want to hear more from Charles? He stole the show in His Haven. ♥